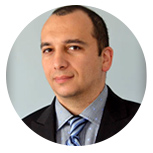 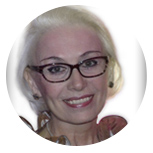 Greta brings over 20 years of experience in finance, accounting and tax management to her role as Chief Financial…. 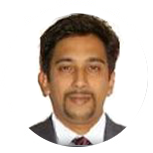 With a degree in computer science and engineering, Nitin has been working and managing in software quality… 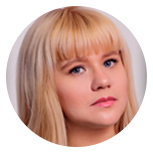 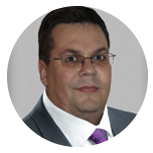 With over 15 years of experience Ciprian is hands on technical expert in all facets of Infrastructure…. 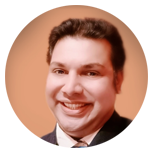 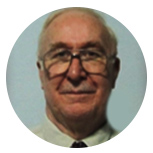 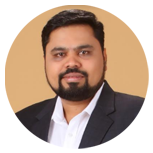 Dheenadhayalan has close to 15 years of progressive leadership experience in Business Operations…. 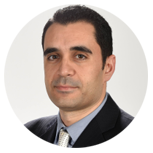 Bassem with over 15 years of experience in Quality Assurance and Software Development domains is a “God father” of our first…. 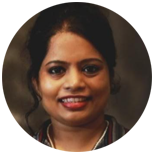 Ruslan Desyatnikov brings over 20 years of Quality Assurance, Quality Control, Process Improvement, and Software Testing experience. He is responsible for growing QA Mentor as a trusted partner for software testing, independent verification and validation, and strategic consulting for a client base around the world.

Prior to expanding operations at QA Mentor, Ruslan worked at Citi for 2 years as the Global Head of Testing of Worldlink Technology. He was responsible for both System testing and System Integration testing phases including functional, performance and automation testing of the WorldLink Global Payment System. This system generates more than $325 million in annual revenue and more than $220 million in net income while offering world-class cross-border payment solutions in 150 countries and serving more than 4000 large corporations and government agencies.

Prior to working at Citi, Ruslan worked at Sterling InfoSystems, one of the biggest background screening companies in the world. During his 6 years tenure, he was responsible for Quality and testing functions, process improvements, and quality strategic directions across the entire company. As a Senior Director of QA and later as a Global Vice President of Quality Assurance & Testing, he established the Quality Assurance Department by implementing QA Methodology, QA Process, automation, security, configuration management, and performance functions. Through a 3rd party consulting company-vendor Syntel, Inc., he built an offshore engagement with 30 resources. He transformed over 10 non-IT employees to seasoned QA Professionals by providing training, guidance and mentoring. As a final mission, Ruslan established a QA Testing Center in Mumbai, India by hiring 80% of junior and entry-level resources and growing them into seasoned QA professionals within 1 year.

On a larger scale, Ruslan performed similar duties for 4 years at HSBC bank in a transaction-based environment working with multiple client-server platforms and various technologies. There, he established a Testing Center of Excellence with its own QA methodology and customized Quality Center by launching it to 3000 IT users within HSBC North America. As a Global Test Manager for HSBC, he participated in seven release cycles for the critical and highly visible Global Internet Banking platform consisting of 80+ business-critical applications. Ruslan was responsible for system and system integration testing, managing 8 Global QA teams in 7 different countries with 120+ testers worldwide.

Ruslan graduated from Baruch College – the City University of New York with a BBA in Computer Information Systems and holds an MBA in Technology Management from Phoenix University of Arizona. He holds a number of Quality Assurance/Testing and Project Management certifications and is an active board member of multiple QA Organizations in the United States and Europe.

Greta brings over 20 years of experience in finance, accounting and tax management to her role as Chief Financial & Operation Officer of QA Mentor. Her experience, gained in both professional service corporations in the United States as well as in Russia, spans all aspects of finance and accounting, including preparation and analysis of financial statements, budget control, compliance, and tax planning. 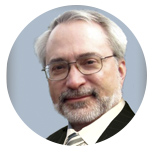 With over 20 years of Development & QA related experience playing multiple technical and management level roles in companies such as Unilever, GE and Sterling Backcheck, Michael is responsible for driving Automation Tool Expert Services and Performance Testing Practice to the next level.

With over 15 years of experience, Ciprian is a hands-on technical expert in all facets of Infrastructure, Networking, Security, Virtualization and Disaster Recovery. He manages global infrastructure for multiple QA Mentor locations across the world. In 2014, Ciprian helped to pioneer localization testing services using virtualization techniques, which has dramatically enhanced globalization testing efficiencies.

QA Mentor’s top of the line lab, which offers a browser, operating system, and device compatibility testing was another innovative solution from Ciprian. He’s held multiple senior engineering and management positions in companies such as Mairon Galati, Mondocomputers, Brazzile, Genius Network, and NetIQ. Ciprian has a degree in Mathematics and Computer Science from Spiru Haret University of Bucharest. 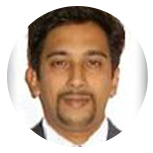 With a degree in computer science and engineering, Nitin has been working and managing in software quality assurance for over 12 years. For the last four years prior to coming onboard at QA Mentor, Nitin managed large teams at Sterling Infosystems, one of the largest, worldwide background screening companies.

In the capacity of Senior Team Leader, he coordinated testing efforts and releases with the development team, provided a timely and accurate estimation of effort on multiple projects, performed requirements analysis and static testing with the Business Analysts, and prepared daily defect and status reports. In addition to his management duties, Nitin was the key person in preparing test documentation and performing functional, acceptance, and database testing.

Nitin also worked as a Senior QA Analyst at TechCommit Solutions in Mumbai for over four years. In that capacity, he helped coordinate and track manual and automated test case development and execution during functional, integration, regression, and database testing. His work at TechCommit gave him extensive experience working with retail, banking, e-commerce, and e-learning applications using multiple technologies. He brings that domain, management experience, and more to QA Mentor as the Director of QA Testing Services for entire India Operations.

Anastasia brings over 10 years of successful QA Management, Strategic Initiatives, Business Development, and Operation Management experience from leading Independent Software Testing Companies in Ukraine. Anastasia plays a key role in defining a strategy for the European market and client acquisition, support, and delivery across the globe. Anastasia is responsible for revenue targets and business growth by establishing new testing centers across Ukraine and Europe. She is also responsible for developing the company strategy and keeping it aligned with the corporate vision, mission and the values of the organization across 8 global offices. She holds a master’s degree in finance from Banking Academy in Ukraine.

Dheenadhayalan has close to 15 years of progressive leadership experience in Business Operations, Human Resources & Sales across the IT & ITeS sectors in India, UAE & USA Regions. He has more than 6 years of experience in managing Testing team handling varies testing clients across the globe. He has been instrumental in expanding the DAWN’s footprint in various industry verticals and geographies. He is also an instrumental in building Self Agnostic, Robust and portable Automation Testing Framework Z-Automate. He is currently heading Operations, HR and Sales of DAWN IT SERVICES & SOLUTIONS LLP (QA MENTOR COMPANY) Chennai Division. He works very closely with the CEO, complementing the organization wide financial planning and cost optimization exercise with a strategic intent to help drive profitability all across the company. His clear strategic thinking backed by data, analytics driven operational excellence enables the organization to stay well planned. Dheenadhayalan works very closely with all the business unit heads in ensuring the quarterly business reviews result in providing a unified view of the performance of the organization in alignment to the annual corporate business objectives. Also he has strong background in Workforce Transformation, Change Management and an ability to cope with fast-changing priorities and steep deadlines.

He started his career with CEO Infotech wherein he is an instrumental in implementing OD Consulting (Organization development) initiatives.

He holds Bachelor degree of Law from Dr. Ambedkar Law University and he also holds his Master Degree in HR & Business Operations from University of Madras. 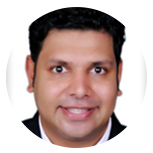 With his exceptional liaison & relationship skills, he has built and maintained long-standing relations with stakeholders & key decision makers to strategically accelerate the company’s growth and proliferate revenues. Prashant has a degree in Economics, Management, Costing and Financial Accounting from the University of Mumbai and loves gaming, outdoor sports, traveling, listening to music.

With over 35 years of QA related experience, James is a former U.S. Marine, consulting Quality Assurance Engineer specializing in integration of software and hardware products, writer and a community activist. Quality Assurance Representative (QAR) in three US marine aircraft squadrons developed a trend analysis model to increase aircraft availability for US Marine squadrons. 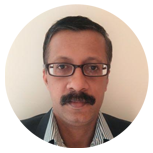 Venkatesh Seshadri comes with over 20+ years of experience in the IT industry with around 18+ years in software quality and test engineering spanning various domains such as ERP / CRM / Ecommerce / Analytics /Health sciences and Banking. He has diverse experience in organizations like RelQ, GE and Oracle, ranging from Independent Verification and Validation to test project management and project delivery. A person with extensive hands-on experience in people management, software quality assurance, software test engineering (both functional and Non-functional) and test project management, he also has expertise on building test automation and envisages a key role for it in enabling software to be built better and faster. He firmly believes that Quality Engineering is a key function to focus on in the coming years and is going to reshape much of the way software development is carried out. He is constantly looking to innovate on the methodologies and practices and believes that it can lead to building competitive advantages for customers. He has an Electronics & Communications engineering degree from the University of Mysore, Karnataka, India. He is located at Bangalore, India.

Bassem with over 15 years of experience in Quality Assurance and Software Development domains is a “God father” of our first released product called QACoverage – Agile Test Management Platform and responsible for all technical aspects of Occygen operations (QA Mentor Company). Bassem direct responsibility is to identify technical solutions and convert new ideas into automation testing products and solutions.

Swati Gaonkar brings 17+ experience in leading & managing application development, support & maintenance projects. She has delivered around 100+ software projects in multiple domains internationally. She brings value in projects with her agility. Swati has led many innovative ‘firsts’ in various domains, especially bringing technological evolution in Robotics Service Spectrum, along with product development and consulting.

Swati is Entrepreneur by heart, thought leader in RPA space working at the intersection of domain, IT & business strategy to create digital & business assurance solutions to help customers achieve their digital transformation goals. Swati is leading our New York based entity Step One Step Ahead, LLC.